Greg Fuller is a resident of Lincoln and has been married to his wife Esther for over 24 years and together they raised their two sons, Greg Jr. and Doug.  Greg is a veteran of the United States Army, having proudly served for over 20 years.  As a public servant, Greg has made himself available to youth, civic and church organizations at large for service in whatever manner he is able to assist.

As Register of Wills from 2008 until 2010, Greg developed his Helpful Tips, which he shared with the Cheer/Senior Centers and Civic organizations throughout Sussex County, in order to promote public awareness about the office and to emphasize the importance of making a will.  In 2009, he reduced the overall budget of the office of Register of Wills. Greg also worked with his two counter parts in the other two counties to get legislation passed that changed who could serve as executor in  the handling of small estates.

Greg is a Summa Cum Laude honor graduate of Wilmington University holding an Associate in Arts-General Studies, a Bachelor of Science-Criminal Justice and a Master of Science in Administration of Justice-Homeland Security.  Greg also possesses an Associate in Biblical Studies. He is a member of the American Legion Post#28, Station #75 Ellendale Voluntary Fire Department, American Correctional Association, United Services Organizations (USO),  Milford Slaughterneck NAACP, Coalition of Black Trade Unionists and a former member of the Milford Lion's Club. Greg is also the past President of AFSCME Local 247. He is a board member of the Home of the Brave Foundation, the Delaware Community Foundation Sussex Advisory Committee, former board member of the Georgetown Boys & Girls Club and the past Executive Director of Compassion of Christ World Missions. Greg has served as a mentor for at Risk Youth in Sussex and is the Sussex County Coordinator for the 100 Men Reading Program. He is a short term missionary having gone on multiple trips into Haiti and is a member of the Crossroad Christian Church in Dover, Delaware.

When Greg was Register of Wills, he made it a priority to bring the Office of Register of Wills to the people of Sussex County and was always fully accessible to the community at large; building a record of diligence in serving constituents throughout the county. 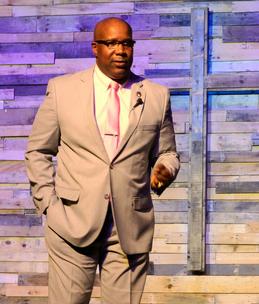 "Let us not seek the Republican answer or the Democratic answer but, the right answer."

"Don't put off until tomorrow what you can do today."